Looking for auspicious (yet creative) phrases for this year’s yusheng? We’ve got three you can use, and three others that will earn you nothing but an earful. Conventionally, Chinese New Year is supposed to be a time of tradition, house visits and well-wishing.

Many tend to forget that it’s also, at least informally, the season of puns.

Given how the phonetic, or pinyin system works in Mandarin, each character can basically be substituted by countless others that are similarly vocalised. When paired with the Chinese zodiac, this gives rise to amusing substitutions that change depending on the year’s featured animal, and nowhere is this more usefully applied than during our annual yusheng sessions.

For those who might not be familiar with this traditional Chinese practice, yusheng is basically a raw fish salad that’s meant to be layered with a wide variety of toppings, then tossed accordingly – it is this act of “tossing up” that people refer to as lo hei in Cantonese.

Normally, the addition of each ingredient is accompanied by a different blessing for the new year, and this is where people are welcome to get creative with their yusheng greetings. Accordingly, with this Chinese New Year being the Year of the Rabbit, we thought we’d round up a few “themed options” for you to try out, so feel free to, well, toss them in. 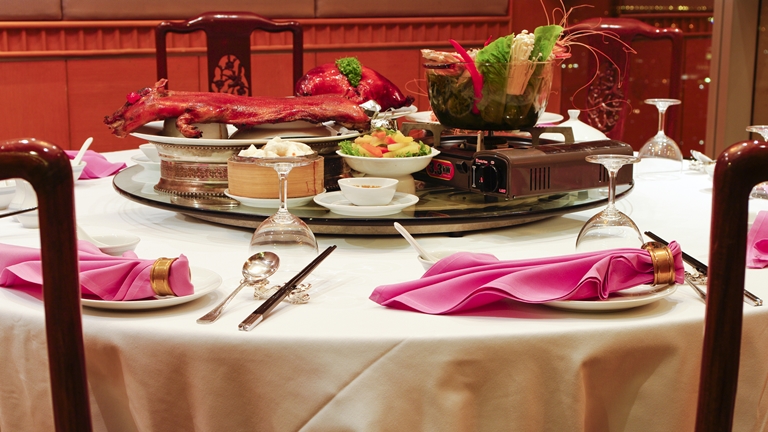 Here are some suggestions for when you “lao yu sheng”

If the quintessential “gong xi fa cai” is a bit too overused for your liking, why not spice things up with this one? The original idiom signifies “a future as smooth as silk”, and oddly enough, it also makes you sound somewhat cooler.

Or maybe it’s just us.

Regardless, nobody is going to wish for a bumpy ride ahead in 2023, so if this pun of sorts earns you a few approving looks from the elders, you’ll probably want to keep it in your back pocket for the next Rabbit rotation.

For those looking to take that “bold new step” forward in 2023, you might want to consider using this one during your yusheng sessions. The original term signifies “having an intense determination to achieve one’s goals”, making it particularly fitting for those looking to start a new business or expand an existing one.

In fact, it’ll also work well if you’re starting a new phase of your life, like if you’re going into polytechnic, university or even National Service. If it’s the latter, your older male relatives will certainly have lots of wisdom (and amusing anecdotes) to share, which should make for some good conversation.

After what we’ve gone through as a result of Covid-19’s unwelcome entry several years back, this one is actually pretty apt. The original phrase essentially means “to let out stress and feel relief”, which is probably what many of us here in Singapore are feeling now that the worst of the pandemic is behind us.

Anyway, considering Chinese New Year is supposed to be a festive season, we shouldn’t be mulling over such things in the first place. There are loads of other, more pleasant things for you to consider and indulge in during this time, and here’s one of them. 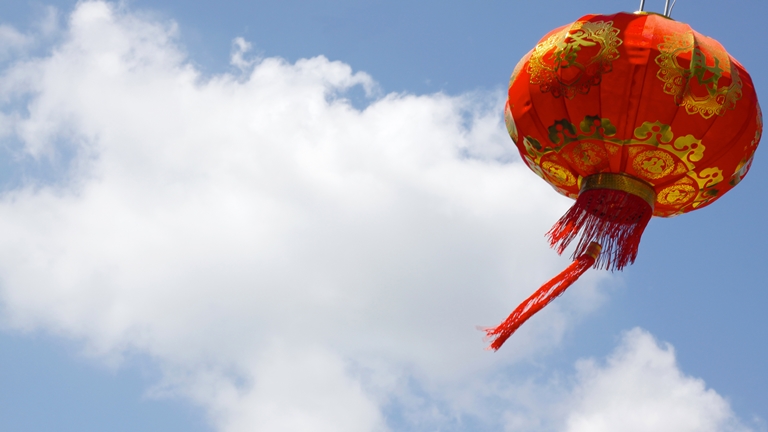 So, are there also yusheng greetings you shouldn’t say?

While these three options above are positively bubbling with good vibes and are presumably welcome at any yusheng session, there are also those that will earn you a one-way trip to a scolding.

Personally, we find the latter category so much more interesting to discuss, and that’s why we’ve added in three amusing picks that you probably, no - definitely shouldn’t bring to the table. That is, unless you want to end up with fewer red packets this year and a bunch of raised eyebrows.

Arguably the second-most common idiom used in primary school Chinese compositions (at least from our experience), the direct translation of the original phrase is “to give up halfway”.

Though the pronunciation of “path” and “rabbit” in Mandarin might be slightly different in practice, it doesn’t take a genius to see why this snarky wordplay will earn you nothing but a stern talking-to from your elders about yusheng etiquette.

If you’re a little unsure as to what this phrase might mean and why you shouldn’t be using it during Chinese New Year, then congratulations - you’re halfway to its meaning already.

The original phrase directly translates to “a great big mess”, which is honestly self-explanatory. This probably ranks among the most inauspicious things you could say during a yusheng session, and it is going to be particularly awkward if you or a relative at the table intends to go into or expand a business. So, yes – you’ll probably want to keep this one in the oven. Permanently.

This last one is a bit of a curveball. Unlike the previous two options where the wordplay was deliberate, this idiom (and its associated folk tale) actually involves a rabbit.

As the story goes, there was once a poor farmer who saw a rabbit accidentally break its neck running into a nearby tree stump. Delighted with his good fortune, he foolishly starts to neglect his crops in hopes of receiving another windfall and eventually ends up starving.

Essentially, this phrase epitomises how one’s lack of effort and initiative will never bring them success. But valuable life lesson or not, you definitely won’t get away with saying this over the yusheng platter. A happy and prosperous Chinese New Year “兔” you!

Yes, we’ve had that pun hiding in the angbao for a while, along with all sorts of other cool stuff you’ll want to check out.

Seeing as you’re now equipped with a few phrases that you can (and cannot) say during yusheng sessions this weekend, the most important thing to remember is that Chinese New Year, at its core, is about bonding with friends and family.

After all, no amount of good fortune means anything without people to share it with, so from all of us here at StarHub, we’d like to wish you and your loved ones a healthy, blissful, and abundant Year of the Rabbit!